Delta Day At The United Nations

After completing an extensive application and review process which began in the late 1990’s during the tenure of Past National President Marcia L. Fudge, in March 2003, Delta Sigma Theta Sorority, Inc. became a Non-Governmental Organization (NGO) at the United Nations. In a presentation by Hanifa Mezoui, Chief NGO Section, Department of Economic and Social Affairs of the UN (ECOSOC), Past National President Gwendolyn Boyd (who served as National President during this time) accepted the credentials on behalf of the sorority, before 150 members of the organization from across the country. Delta Sigma Theta Sorority, Inc. was welcomed to the United Nations by Assistant Secretary General for External Affairs, Gillian Sorensen, who asked the sorority in her keynote address to,”use your NGO status to monitor the status of women and children in the world and bind together with other NGOs to insure that the UN honors its commitments.” Delta Sigma Theta Sorority, Inc. was granted Special Consultative Status as an NGO to the Economic and Social Council of the UN as a result of its volunteer services and humanitarian efforts performed to address issues throughout the world. 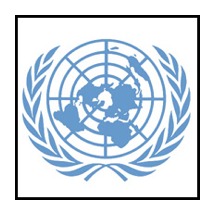 Special Consultative Status as an NGO allows the organization to provide analysis and expertise in monitoring and implementing international agreements on issues of mutual concern. As an NGO, Delta Sigma Theta Sorority, Inc. has the opportunity to gain access to and disseminate information concerning a range of issues on women and children in which the United Nations is involved. Delta Sigma Theta Sorority, Inc. representatives attend regular briefings and disseminate information on UN activities to its members and the community at large.