Bronx Alumnae is committed to increasing understanding and acceptance of people living with autism as many members are touched personally by those we love or those we educate.

Autism, or autism spectrum disorder (ASD), is a complex developmental disability characterized by challenges with social skills, repetitive behaviors, speech and nonverbal communication. In 2018, the Centers for Disease Control and Prevention reported that autism affects an estimated 1 in 59 children in the United States-twice as great as the 2004 rate of 1 in 125- and almost 1 in 54 boys.

We know that there is not one autism but many subtypes, most influenced by a combination of genetic and environmental factors. Because autism is a spectrum disorder, each person with autism has a distinct set of strengths and challenges. The ways in which people with autism learn, think and problem-solve can range from highly skilled to severely challenged. Some people with ASD may require significant support in their daily lives, while others may need less support and, in some cases, live entirely independently.

Indicators of autism usually appear by age 2 or 3. Some associated development delays can appear even earlier, and often, it can be diagnosed as early as 18 months. Research shows that early intervention leads to positive outcomes later in life for people with autism.

Autism is treatable. Individuals with autism do not “outgrow” autism, but studies show that early diagnosis and intervention lead to significantly improved outcomes. Here are some signs to look for: 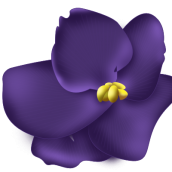 Did you watch the webinar? If you missed this web

The 2020 Census will help officials plan for feder